Since the turn of the millennium, the awareness in liberal democratic societies has grown that religion cannot simply be regarded as a private matter, but that it has an indispensable public dimension. Unfortunately, the religious context of terrorism and of violent conflicts have more strongly reinforced this awareness than the many positive, constructive contributions by religions to the common good. There is also an increasing appreciation, however, of how much liberal democratic societies gain from the political and social engagement of NGOs, institutions, groups and individuals – among which religious groups and religiously inspired people play an important role.

Thus, for example, in recent decades the significance of interreligious communication and cooperation for community building and peace in the world has repeatedly been pointed out. At global, regional and local level representatives of different religions commit themselves to working for peace, justice, human rights, integrity of creation as well as for the solution of pressing problems, such as integrating migrants.

In general, the contributions by religions to the common good imply an educational aspect: They aim to stimulate processes of perception and thinking that uncover new perspectives and help to discover new opportunities for action. Thus, on the one hand, education is an integral part of the public dimension of religion, and on the other, it is the realm of public education that constitutes an important subject of social debate to which religions can make substantial contributions. From both perspectives, promoting the ability to deal with plurality and to work towards an inclusive society are major objectives of education – and interreligious education is of substantial significance in this context. The fundamental acknowledgment of the Other, precisely in his or her remaining otherness and strangeness, can be an important result of religious and interreligious education that contributes to a successful social coexistence, especially including immigrants.

In the Christian context, the calling to contribute to the common good has come to be discussed under the label of “public theology”, and has led to the establishment of a “Global Network of Public Theology” (2007). In this discussion, the educational aspect has repeatedly been mentioned, but has remained marginal up to now. Other religions have their own traditions and perspectives, from which responsibility for society is motivated and reflected. Judaism, for instance, has significantly influenced public culture, especially in Europe, and it keeps sensitizing the public to problematic developments in society. For representatives of Islam in liberal democratic societies it becomes more and more important not just to show that Islam is compatible with democratic values, but to show that Islamic perspectives can contribute to the common good. In Buddhism, since the middle of the 20th century, the movement of “engaged Buddhism” has developed, in which meditative spirituality is combined with active social and ecological commitment. And in the Bahá’ís community social and non-partisan political commitment has always been fundamental. It is obvious that all these religions, and others, have an important public and educational function in society that provides resources for the realisation of liberal, democratic values.

Thus, the Nuremberg Forum 2016 intends to draw attention to the contribution of religions to the common good, with a focus on educational aspects and stimulated by the Christian concept of 'public theology'. By promoting interdisciplinary and interreligious academic and social discourse it aims to strengthen the religions’ public responsibility, especially with respect to public education, and their public visibility as resources for the humanization of societies. 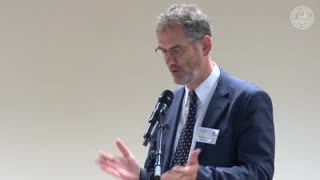 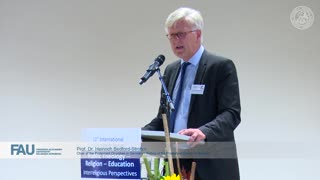 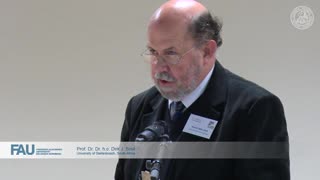 The Contribution of Religions to the Common Good in a Pluralistic Society - From a Christian perspective
Prof. Dr. Dirk J. Smit
2016-10-04
Free
00:22:04
slides
audio
go to clip page
4 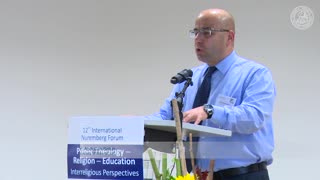 The Contribution of Religions to the Common Good in a Pluralistic Society - From a Islamic perspective
Dr. Abdullah Sahin
2016-10-04
Free
00:20:57
slides
audio
go to clip page
5 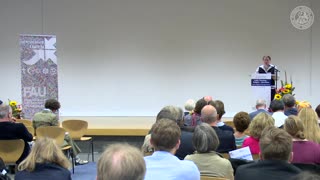 The Contribution of Religions to the Common Good in a Pluralistic Society - From a Jewish perspective
Eine jüdische Expertin
2016-10-04
Free
00:10:54
slides
audio
go to clip page
6 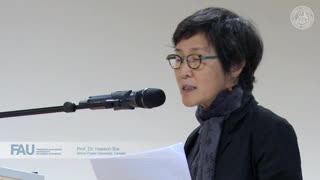 The Contribution of Religions to the Common Good in a Pluralistic Society - From a Buddhist perspective
Prof. Dr. Heesoon Bai
2016-10-04
Free
00:19:05
slides
audio
go to clip page
7 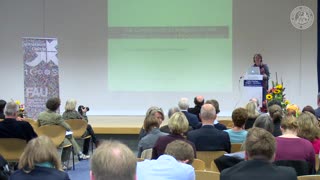 The Contribution of Religions to the Common Good in a Pluralistic Society - From an empirical sociological perspective
Prof. Dr. Annette Schnabel
2016-10-04
Free
00:19:30
slides
audio
go to clip page
8 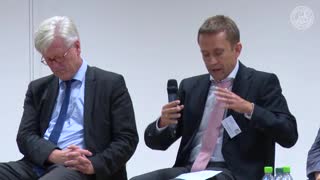 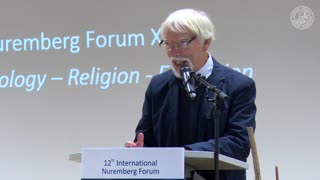 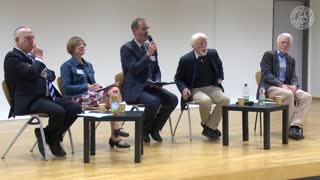 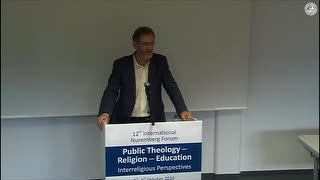 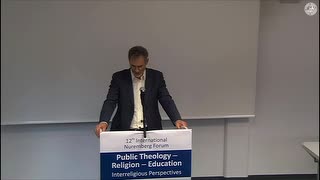 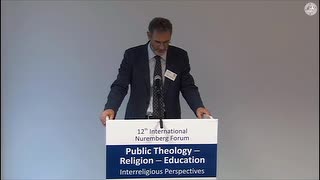 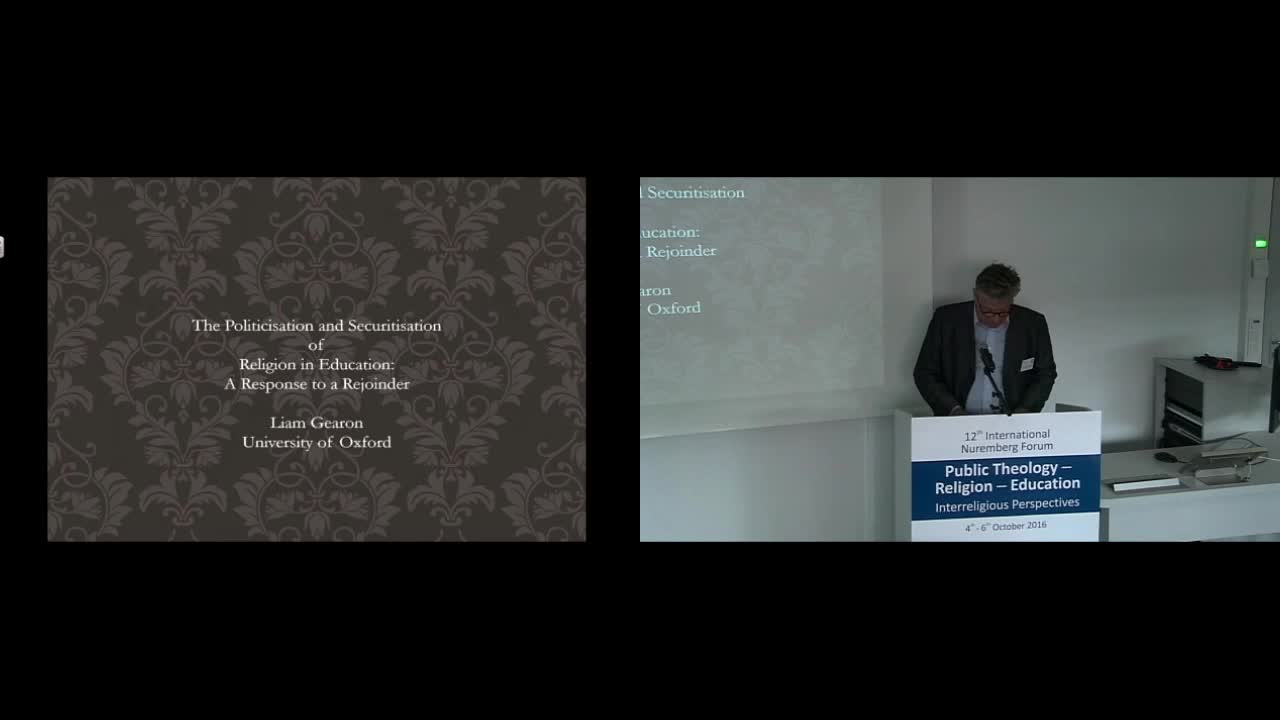 The Politicization and Securitization of Religion in Education. A Response to a Rejoinder
Prof. Dr. Liam Gearon
2016-10-05
Free
01:04:33
slides
audio
go to clip page
15

Are you ready to go?

Select "Logout" below if you are ready to end your current session.
Logout